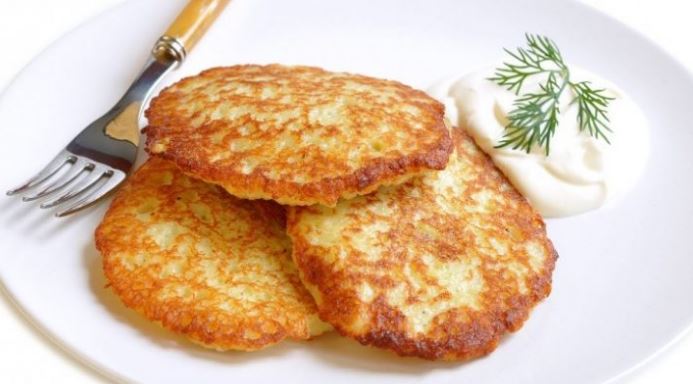 I was once told that potato pancakes are to Latvians what spaghetti Bolognese is to Australians – a fairly quick mid-week meal that everyone knows how to make. Personally, I hated potato pancakes as a kid, but I have learned to appreciate them. In the mid-2000s, they became more than just a cheap meal at home to tie up until the next payday, as crispy potato pancakes started appearing on the menus of countless cafés in Riga. Served with duck and lingonberry sauce or smoked salmon and sour cream, they became quite a fine meal.

Grate the potatoes finely in a large bowl. Squeeze the grated potatoes and drain off excess liquid.
Stir in the egg, flour, salt and pepper. Stir well.
Heat the oil in a large frying pan.
Drop four tablespoons of the potato mixture into the pan and flatten to form four pancakes.
Fry, turning once, until golden brown.
Serve with sour cream, lingonberry sauce, green onions and/or butter. 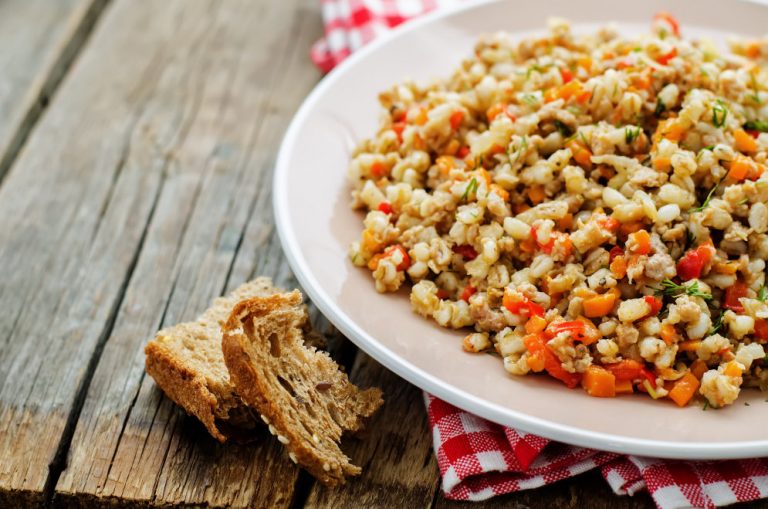 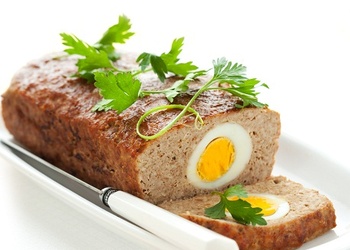 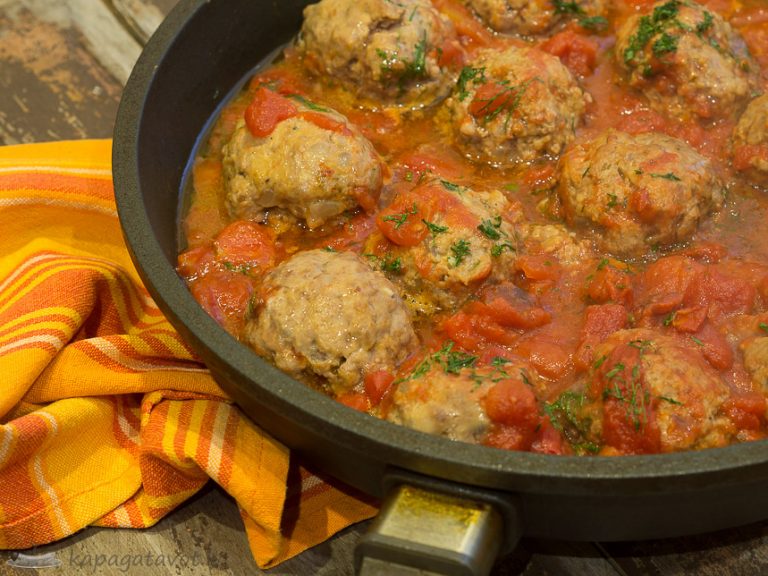